In 1980 Kenner started to offer their action figures based on the Star Wars sequel Empire Strikes Back. An action figure of Boba Fett had already been released in 1979 to promote the film. Here are the other figures that were made, presented more or less in order of their release.

Eleven new action figures were added to the collection in 1980, bringing the total number of figures up to 32. Yoda was released sometime toward the end of 1980 or early 1981. 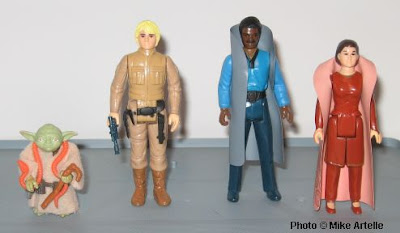 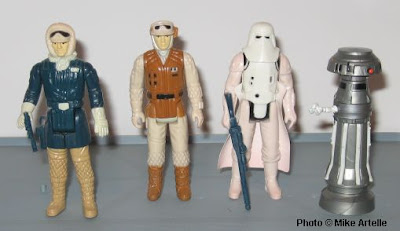 Han Solo in Hoth Outfit, Rebel Soldier in Hoth Battle Gear, Snowtrooper, and FX-7. If you are wondering why my Snowtrooper is pink, scroll down to the bottom of this page for the explanation! 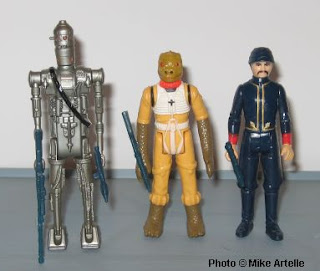 IG-88, Bossk, and Bespin Security Guard (white)
The figure of Bossk was the second Empire Strikes Back figure to be available as a mail away item following Boba Fett from the Star Wars series. Bossk was later available in retail stores. 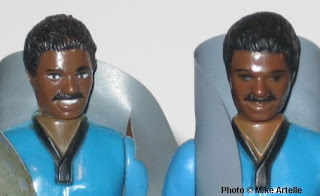 Two variations of the Lando Calrissian action figure were produced. One with painted eyes and teeth and one without. 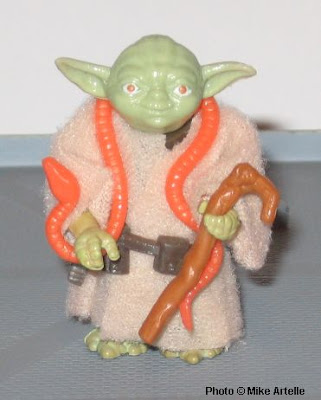 Here's a closer look at the action figure of Yoda. Kenner did an awesome job on this figure giving Yoda a fabric robe, a removable belt, a walking stick and a pet snake, even though the toy is only 2 inches tall. There is also a darker green version of this figure that comes with a brown snake. Yoda is my favourite character in the Star Wars universe!

In 1981 Kenner added nine more figures to the series, for a total of 41 figures. 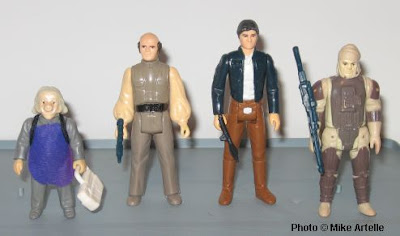 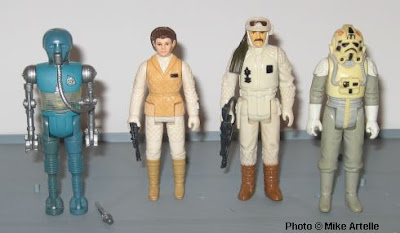 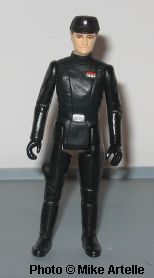 In 1982 the third Empire Strikes Back series from Kenner was released, and included six more figures, for a total of 47. 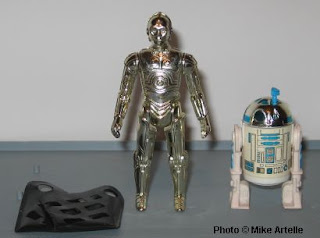 C-3P0 with removable limbs and R2-D2 with Sensorscope 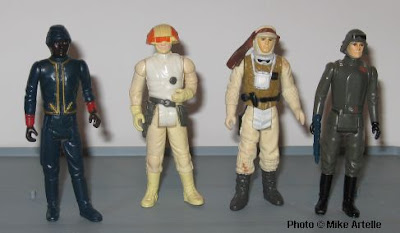 I added these last three figures as a fourth series but some online sources consider them as part of series three. Either way, they weren't released in retail stores until later on in 1982. The figure of 4-LOM was originally available as a mail away item. By the end of 1982 there was a total of 50 figures in the series (this does not include colour variations, or other variations such as the Blue Snaggletooth or the additional Han Solo head sculpt from the Star Wars series).

Although I've never read anything about the Tie-fighter pilot figure being rare, I had the hardest time trying to find one! From the early 1990s onward, every time I found a pile of Star Wars Kenner figures at a flea market, garage sale, or nostalgia show the Tie-fighter pilot was nowhere to be found. It is on e-bay quite often, but I prefer to buy collectables directly rather than online. I eventually found one only a few years ago in 2010 or 2011 at a comic shop that also sold vintage toys. It's the last figure that I've added to this collection, and the last one I needed to complete the original Kenner series, with exception of the 15 rare "Power of the Force" figures. 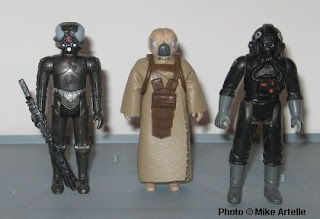 Apparently Kenner created some confusion with the Zuckuss and 4-LOM figures by mixing up the names on the packaging. So in fact Zuckus is 4-LOM and 4-LOM is Zuckuss. But seriously, who cares!!! :) 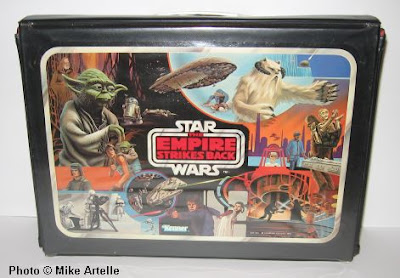 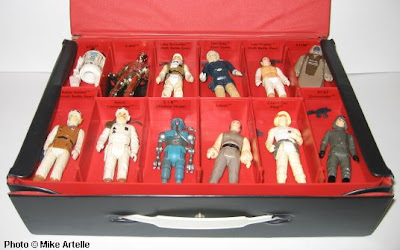 As you can see, the trays inside the case are made from red plastic, and the inside of the case itself is also red. Unfortunately this isn't a good thing for collectors (like me!) who have kept their figures stored inside for several years. The red plastic has a damaging effect on the colour of the action figures, changing any white action figures to a pinkish tone. See the Snowtrooper below, and the rest of the figures above (R2-D2, Luke in Hoth Outfit, etc.) to see what I mean. Although he's made from grey plastic, my figure of Boba Fett (seen on the Star Wars page of this blog) was also damaged in this way.

The evil pink Snowtrooper!
The red plastic trays from the Empire Strikes Back collectors case caused discolouration to the white plastic of this Snowtrooper figure.