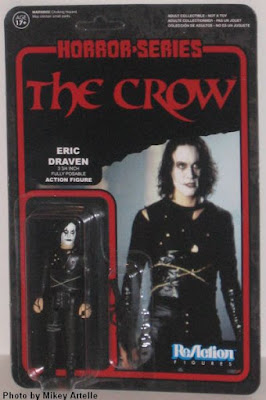 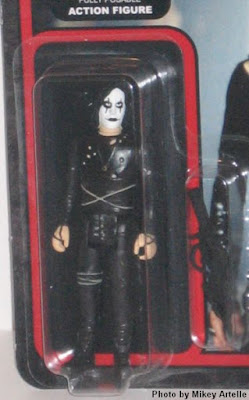 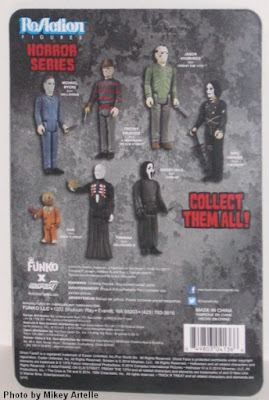 Above is the back of the card. This figure was released as part of a "Horror Series" which I find odd as The Crow movie wasn't a horror film. There were a couple of scenes involving eyeballs that were a bit gross, but to me that doesn't make this a horror flick. The film is certainly stylized to have a dark, gothic look, but if that qualifies The Crow as being a horror movie then so were the Batman / Dark Knight movies! In any case, I'm very happy to finally add this awesome little figure to my collection!
Posted by Mikey Artelle at 12:08 AM